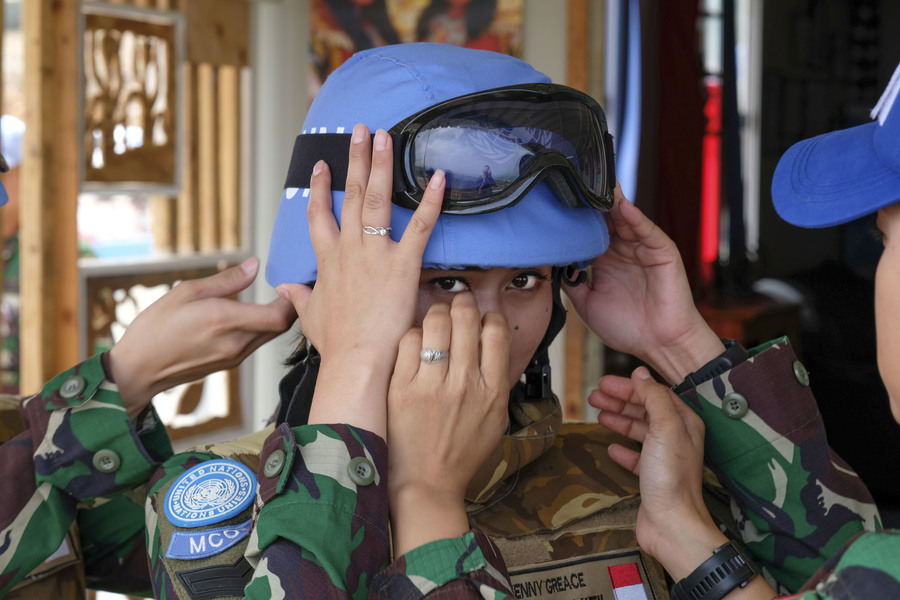 To see full photo essay on PBS
Photos: As roles for female UN peacekeepers grow, so do the dangers

This year, the United Nations celebrates the 70th anniversary of its peacekeeping missions around the world. Over the years, about 1 million men and women have served in more than 70 peacekeeping operations since the first deployment of peacekeepers to the Middle East in May 1948. In the early days, troops and police came from a relatively small number of countries and they were almost exclusively men.

Now, more than 100,000 military, police and civilian personnel from 125 countries serve in 14 peacekeeping operations. Sebastian Rich visited one of those missions — the United Nations Interim Force in Lebanon, or UNIFIL — to learn about women in the military and their particular challenges.

All Posts
Previous
Next